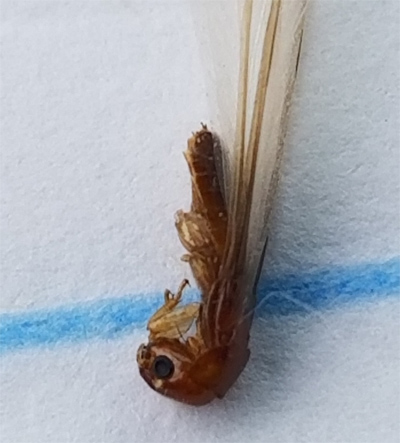 Appearance: Drywood termites are usually pale, redish brown in color when they swarm They have soft bodies with a cylindrical shape with two body parts, the head and body. During the winged stage there are four equal size wings that extend longer than the body.
Drywood termites swarm in the evening and at night during the warmer months of the year. It is very hard to find where they are coming from because they live so deeply in the lumber.

Habitat:  Drywood termites create colonies in wood, with no connection to the ground necessary, this is why Tent Fumigation is needed. They need very little moisture and are often found in the attic wood framing, wall studs, door casings and window frames. Drywood termites obtain moisture from the water produced by the digestion of cellulose, no matter how old the wood is. Drywood termite colonies can contain up to 3,000 termites. These colonies will also produce pellets which is fecal matter and is very grainey and looks like coffee grounds. 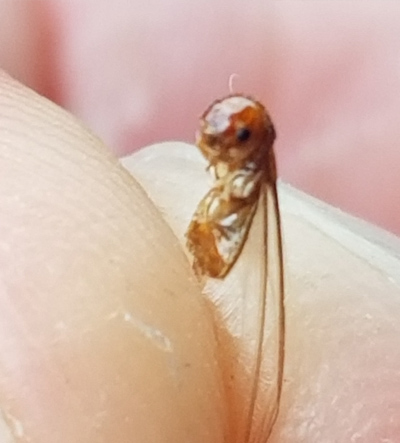 Economic Significance: Drywood termites cause serious damage to structures, there may be multple colonies in the same structure. Possible signs of infestation include the leaving of pellets and wings left over from swarming.

Control: When drywood pellets or damage are found and tent fumigation has never taken place, it is highly recommended that you do a Tent Fumigation to control all of the colonies in the structure. There may be many colonies and you will never know they are there.

Do you live in Central Florida and think that this termite may be invading your home? Terma-Guard offers specialty treatments designed to control and eliminate this Termite and all other termites as well. 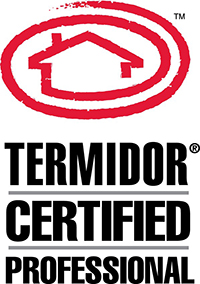